Over time, this well-kept brick structure has housed many diverse establishments including a broker’s business, a meat market, a saloon and a brewery.

The building dates from 1876 and was rebuilt after the fire of 1875 destroyed the original structure.

It was acquired by Storey County about 1930 and became the Storey County Fire Department until the 1960s when a larger, more modern firehouse was constructed.

The building was restored as a firehouse museum in 1979 and contains a collection of fire engines and apparatus used in earlier times. 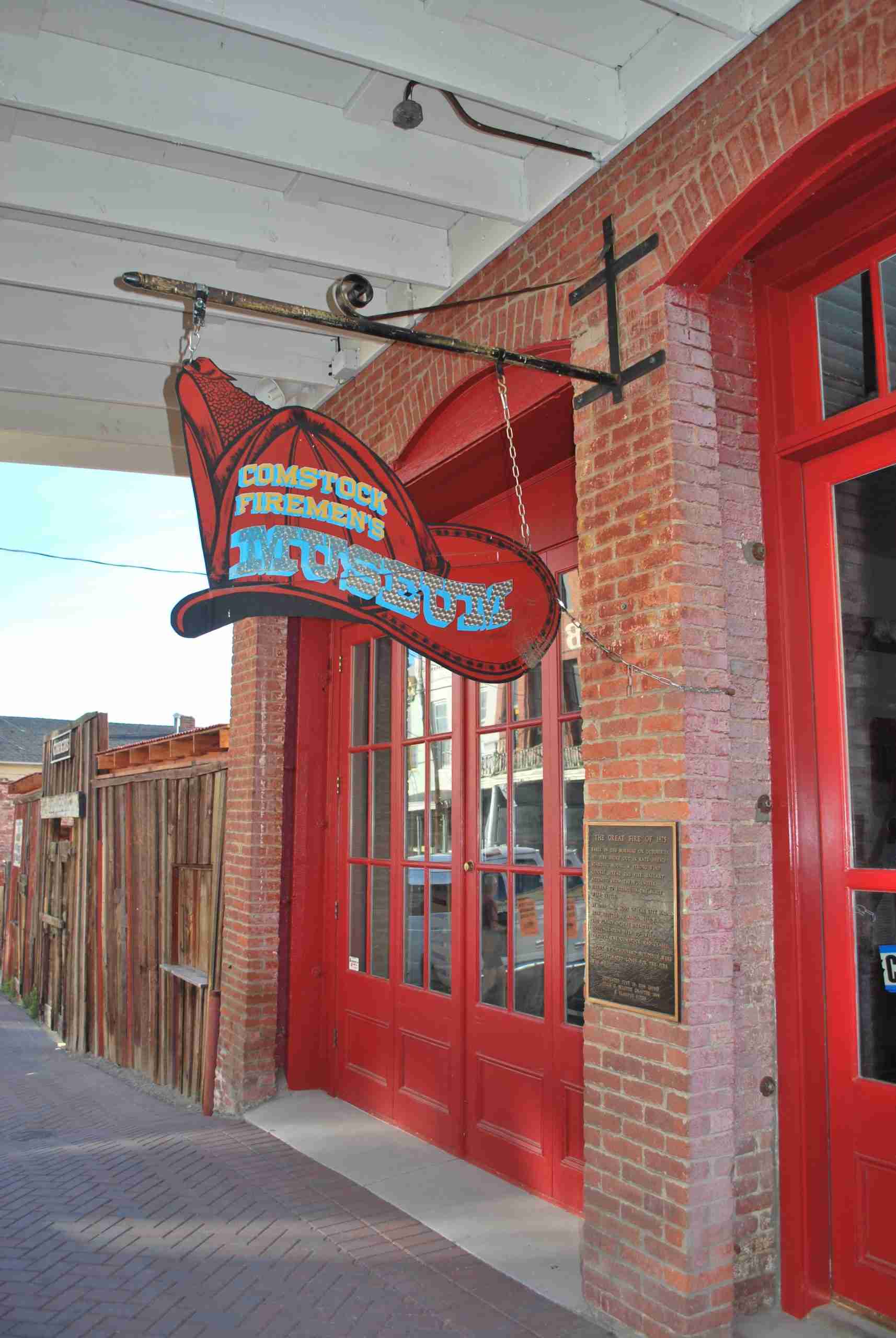