Literally, A Ton of Testicles to Rock the Comstock

A ton of steer testicles, literally, are headed up to the Comstock for the 28thannual Rocky Mountain Oyster Fry and St. Patrick’s Day Parade, set for March 16, 2019 in historic Virginia City, Nevada from 10 a.m. until 4 p.m. Each year, daring cooks from around the region cook, fry, grill, smoke or otherwise serve up tasty testicle concoctions at this fan-favorite event, an ode to the mining town’s history.

Known by many as the “testicle festival,” it is northern Nevada’s headquarters for the largest St. Patrick’s Day party in the region. The day includes the Rocky Mountain Oyster Fry, Ball Breaker Saloon Crawl, a St. Patrick’s Day Parade, costume contests and an outlandish St. Patrick’s Day atmosphere only found in Virginia City.

Tastings begin at 10 a.m. with cooks competing for the title of “Best Rocky Mountain Oyster Cook in the West,” along with cash prizes. At noon, the St. Patrick’s Day Parade marches down C Street where green and outlandish reigns supreme. The Ball Breaker Saloon Crawl offers revelers the chance to sample St. Patrick’s Day-themed drinks from Virginia City’s historic saloons and restaurants.

Tasting packages and crawl cups are available in advance online. 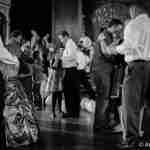 Girls of All Ages Get Their Day in Virginia CityOur Tales 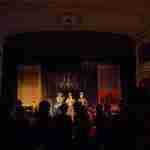 For the Love of a Comstock Girl” Premieres at Piper’s Opera HouseOur Tales
Join our E-news
Sign up to receive the latest news,
event information and deals before anyone else!
JOIN
X