Virginia City’s history comes alive with its 17 museums featuring the most striking moments in the town’s past, from Mark Twain’s eloquent writing to the critical importance of fire in the area, as well as the famous Madame Julia Bulette.

The Mark Twain Museum at the Territorial Enterprise celebrates one of the literary world’s famous residents and his connection to Virginia City. Arriving in Virginia City as Samuel Clemens, it was while working at the Territorial Enterprise, the most notable of the 17 newspapers published in the Comstock, that he began using the penname Mark Twain. The museum on C Street has his desk on display, and although you can’t touch it, maybe some of his creativity will rub off.

The Way It Was Museum takes visitors back in time to show what daily life was like during the heyday. See the works of milling and mining with old Cornish pumps, mineral collections, a fully-equipped blacksmith shop, Victorian women’s attire of the era, rare photographs and information on the Sutro tunnel.

With all of that wood, heat and activity on the Comstock, fire was a real danger that showed its force more than once, including the Great Fire of 1875, which leveled much of the town. Visitors can get a glimpse of the contributions from the men who fought them by checking out the Comstock Firemen’s Museum. The volunteer firemen of the Virginia City area were members of a system dating back to the first American Fire Co. organized by Benjamin Franklin.

Miners, millers, firemen and other men – who greatly outnumbered the women on the Comstock – were served well by one of Virginia City’s famous residents, Madame Julia Bulette. The Julia Bulette Red Light Museum highlights the life and times of this extraordinary woman, who cared for the sick in their time of need. 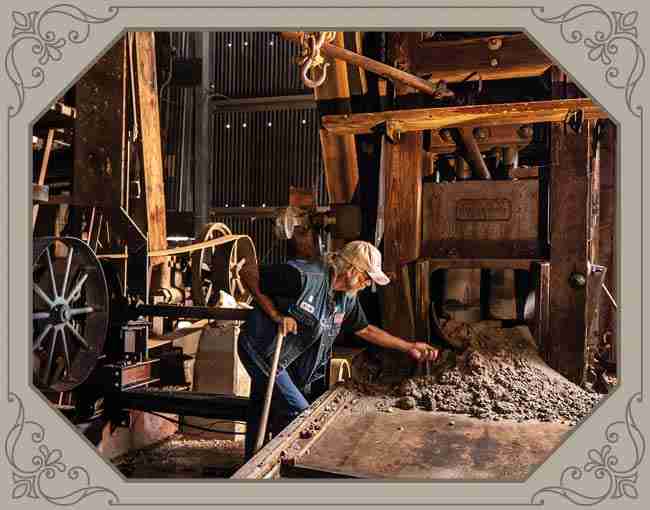 Virginia City’s mining history comes alive with the last fully operational stamp mill dating back to the 1860s and built by Joshua Hendy in San Francisco as a two stamp Gold Mill. See how gold was processed from ore to recovery. A narrated tour is educational and fun put there are lots of historical mining equipment in one place to see. 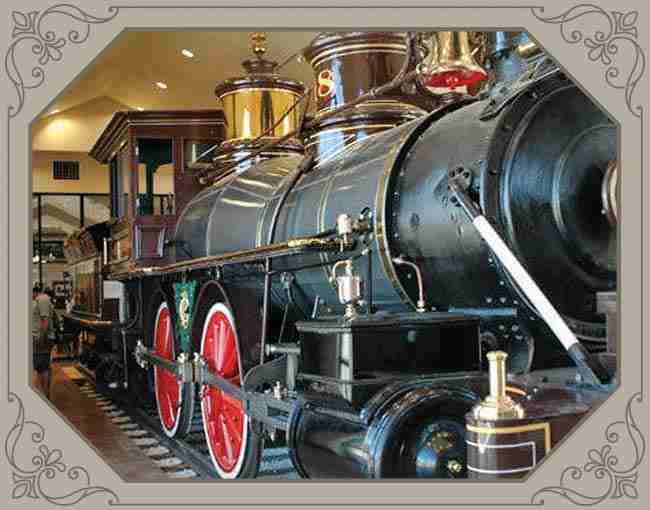 The history center and museum displays one of the Virginia & Truckee Railroad’s original steam locomotives, Engine 27. A fun experience for the entire family, the center houses the Comstock Historic District Commission and the Comstock Cemetery Foundation. 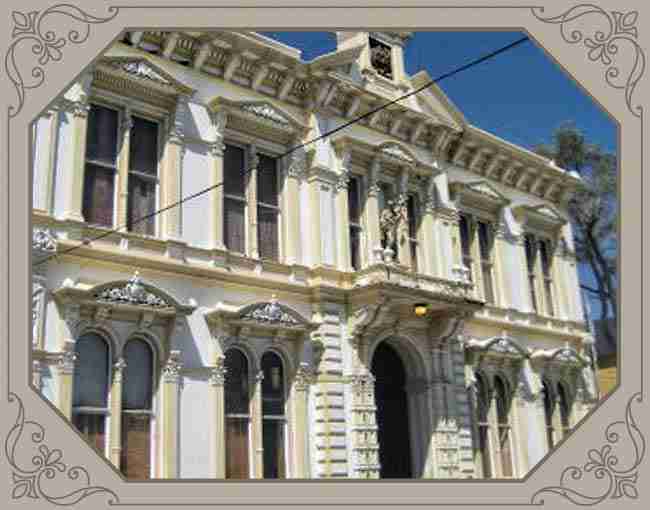 The newest addition to the historic offerings on the Comstock, the Courthouse Slammer and County Museum. A work in progress, the museum will showcase the history of the county through the people that made it happen. 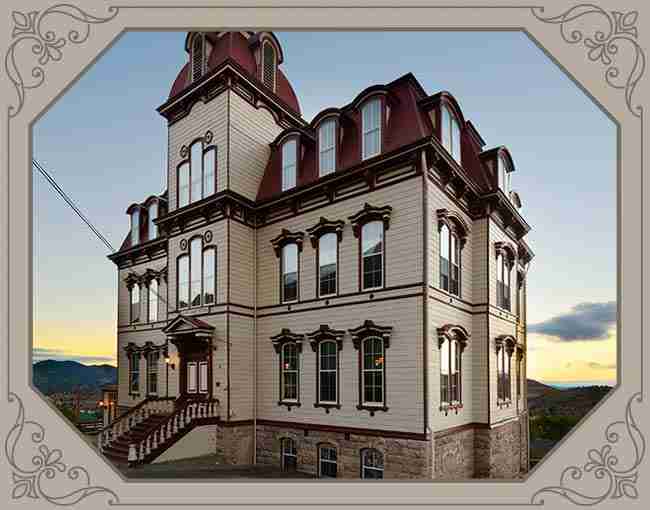 Make this your first stop when you visit Virginia City! The Fourth Ward School is the last one of its kind still standing in the United States. The 1876 Second Empire, four-storied state-of-the-art wooden school preserves the real story of life in a booming Old West mining town. Built to accommodate more than 1,000 students, the sixteen classrooms retain original patina, desks, maps and books. The museum and community cultural center feature events and exhibits on alumni, local history, letter press printing and mining and has a comprehensive archive for research. 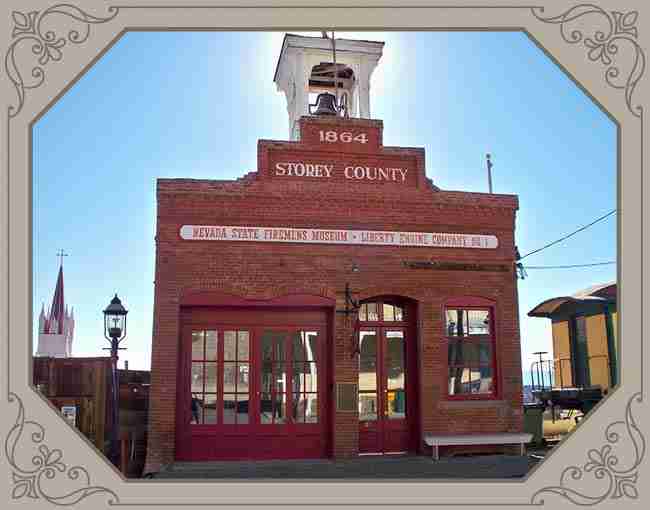 Founded in 1979 by Virginia City’s volunteer Fire Department, this museum displays 19th-century firefighting equipment. There are many artifacts relating to the history of firefighting on both the Comstock and throughout Nevada. Liberty Engine Company No. 1 is still an operating volunteer firefighting unit. 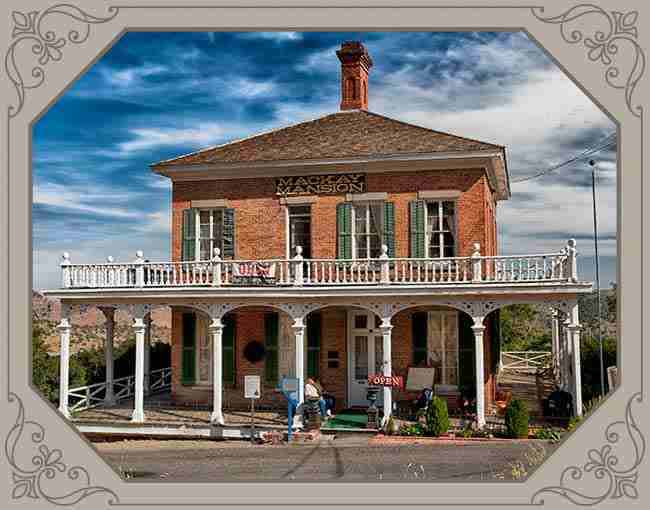 This building was built in 1860 by George Hearst as the headquarters of the Gould & Curry Mining Company Office and later purchased by John Mackay, one of the “Silver Kings.” Between 1860 and 1950, bars of gold bullion were sold directly from the vault. Tour highlights include mining artifacts, original furnishings, Tiffany silver and great historical anecdotes. 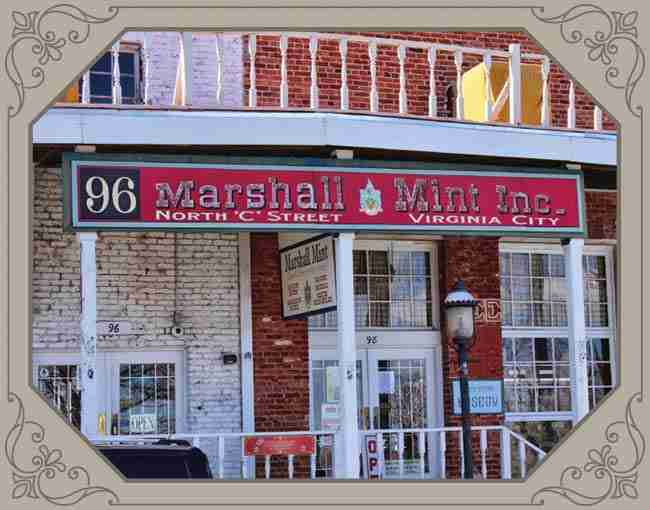 The Marshall Mint Museum is located in the Marshall Mint, a local merchant with a full line of custom gold and silver medallions, nuggets, collector coins, bullion and jewelry. This mineral and gem museum is housed within the historic Assay Office built in 1861. The Assay Office was the site for a large portion of the gold and silver assays made by miners for over 40 years. Visitors can see coins minted and jewelry produced in the press and assembly rooms. 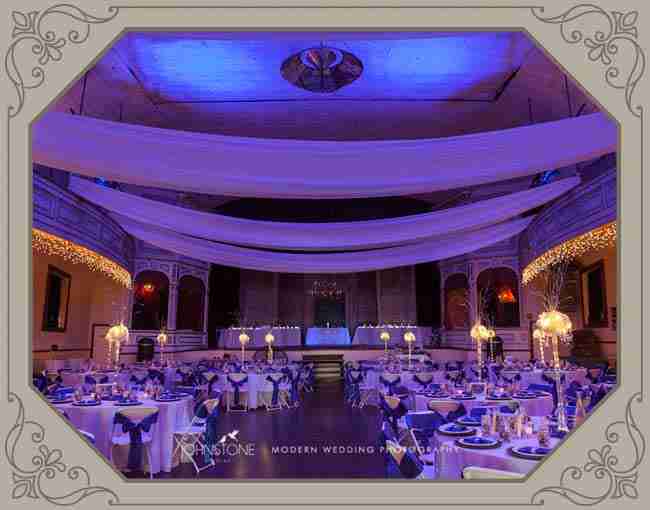 Built in the 1880s, Piper’s Opera House attracted famous stars from Europe and the United States and is listed by the League of Historic Theaters. One of the most significant vintage theaters on the West Coast, this stage once welcomed President Grant, Buffalo Bill, Al Jolson and Mark Twain. Today’s guests at Piper’s Opera House can keep their eye out for the ghosts who are said to attend many of the performances. Piper’s Opera House has recently undergone extensive restoration, so please check the website for upcoming events. 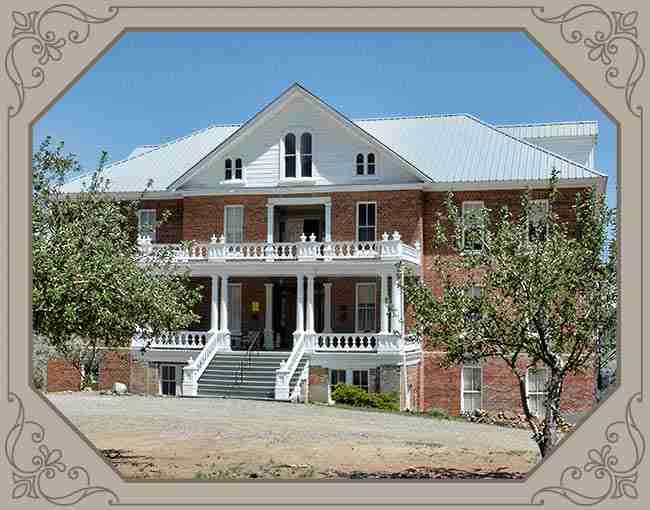 Built in 1876, the St. Mary’s Art Center was originally established as the St. Mary Louise Hospital by the Daughters of Charity and Bishop Patrick Manogue. The 36-room hospital included five wards and 12 private rooms that could accommodate more than 70 patients. Since 1964, the 14,000-square-foot hospital has been operating continuously as an art center for artist and writers offering workshops, artist gallery exhibitions, retreats and more.

Located on six acres, the center is open year-round for workshops, exhibitions and special programming. The building is home to a large, sunny art studio, print room, photography dark room, seven galleries, sixteen guest rooms, two communal kitchens, 5 1/2 bathrooms and beautiful front porch and lawn. Plan your visit to the Grand Dame of Virginia City, an integral part of one Nevada’s largest National Historic Landmark Districts. We offer tours combining both the history of the property and of our compelling art exhibits. Visit us online or follow us on Facebook and Instagram to view upcoming events, exhibitions, classes and more.

Season:
Seasonally, April to the first weekend of December; hours vary, call ahead 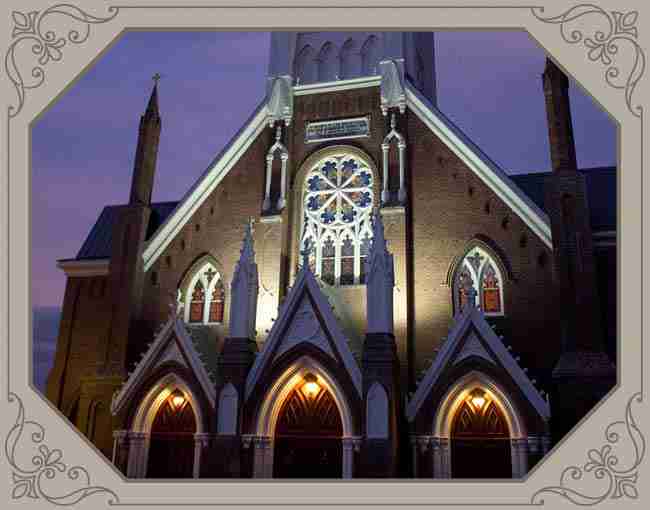 Virginia City is home to a number of beautiful churches reflective of the late 19th century culture. One such church is St. Mary’s in the Mountains Catholic Church, arguably the most prominent historical structure and institution in Virginia City. It is Nevada’s oldest Catholic Church and is open to welcome visitors every day.

Having been preserved during and since the Great Fire of 1875, this is the “Mother of all Catholic churches in Nevada.” It was built by the 6’4” “Paddy” Manogue, who ministered to the hard-working Irish-Catholic miners for almost 20 years and then became the first Bishop of Sacramento, California. Enjoy a free tour of the museum and wine cellar. Mass is held Saturday at 4 p.m. and Sunday 11:30 a.m. in this beautiful House of God. Numerous church artifacts and photographs are on display and St. Mary’s also has an extensive gift shop that supports the small parish and restoration project.

The Storey County Courthouse, built in 1876 after being destroyed in the great fire of 1875, is the state’s oldest continuously operating courthouse. Built in the Italianate style, the two-story seat of government houses a two-tier jail, courtroom and large iron-lined record vaults. The exterior facade is brick with details of ornate iron. The Victorian-era courthouse boasts a Lady of Justice statue without her blindfold. The story is that the county chose to not blindfold her to express that here justice was, and continues to be, not blind. Donation 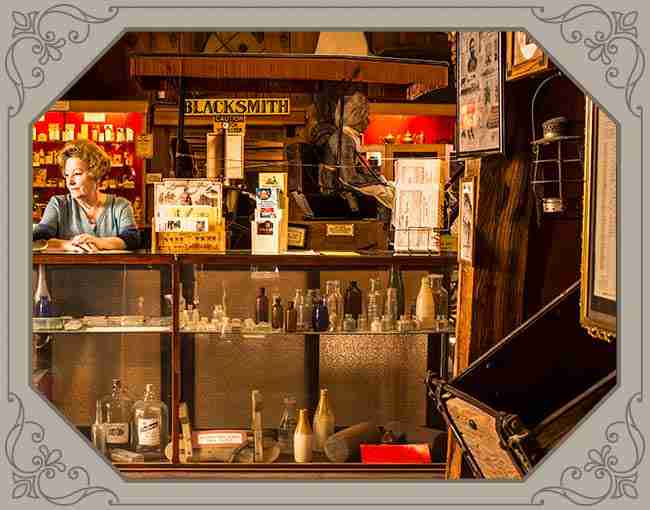 The Way It Was Museum

This museum displays the most complete collection of Comstock mining artifacts in the world as well as rare photos, lithographs and maps of the “Bonanza” period. 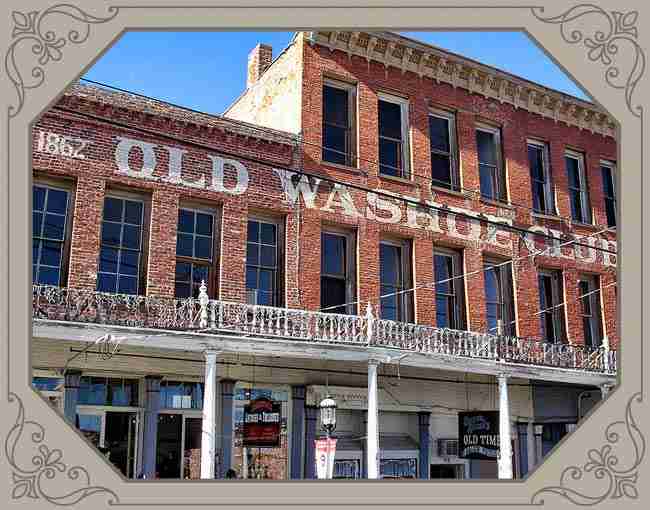 The Washoe Club has been called one of the most haunted locations in the west. Featured on the Travel Channel’s “Ghost Adventures” as well as SyFy’s “Ghost Hunters”, the building has earned its place among the elite haunted locations. Come see for yourself, memberships start as low as $20 per year and will get you access to the Crypt as well as the infamous Spiral Staircase.