During the last 20 years of the 19th century, Piper’s Opera House served as one of the centers of cultural activity on the Comstock and in the West.

The present building is on the site of the first Piper’s Opera House which burned down in 1883. John Mackay, one of the Comstock Kings, was a special guest in those days and had a private box and staircase.

The existing structure was built in 1885 with suspended balconies and a floor mounted on springs, which in recent past has served as a roller skating rink and basketball court.

The hallmark of the 19th century American stage was variety. A typical season at Piper’s might include performances of Shakespeare by leading American and British touring stars; trapeze artists and trained dogs; Italian Grand Opera; the hit melodramas of the period such as “Uncle Tom’s Cabin”; extravaganzas such as the “Devil’s Auction”; and concerts, political rallies, wrestling matches and lectures.

At present the building has transformed into a performing arts center and museum hosting a variety of entertainment as well as numerus weddings all year long.

Restoration work on the interior furnishings and stage equipment, such as the beautiful, hand-painted, original back-drop scenery, remain intact. 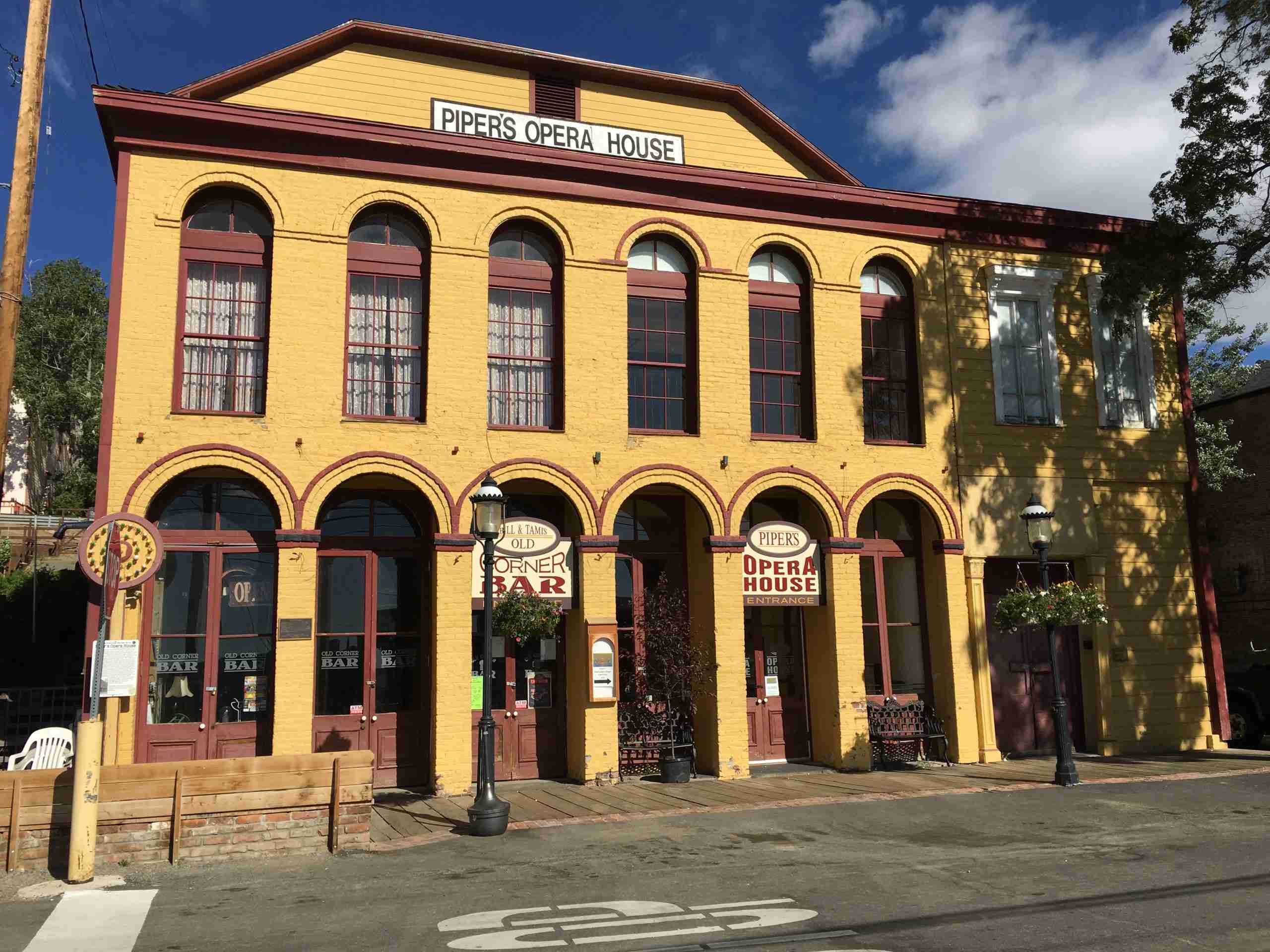