The Virginia City Tourism Commission (VCTC) has taken over a crown jewel of Virginia City, Piper’s Opera House. Located on B Street, the historic theater sits high above the town. From classic vaudeville and boxing, to modern-day plays and even weddings, Piper’s has seen its fair share of events over the years.

“Piper’s Opera House is one of Virginia City’s most historic treasures,” Deny Dotson, tourism director for the Virginia City Tourism Commission, said. “From Mark Twain to presidents of the United States, any number of historic individuals have spent time here. We are honored to take the helm of this treasure and help return her to glory with a new energy and emphasis on becoming a performing arts hub for the town and the region.”

The current building was built in 1885 by Storey County Commissioner John Piper, who was later elected State Senator. He replaced two other versions of the building that burnt down. Piper’s has played host to a number of performers and icons including actress Lillie Langtry, also known as “The Jersey Lily” and musical legend John Philip Sousa, with hits such as “Semper Fidelis” and “The Stars and Stripes Forever.”

Whitney Brunson is the new special event coordinator for Piper’s Opera House. She comes from the VCTC Visitor Center where she worked for nearly two years as a tourism assistant. Before that, Brunson served as tournament director at The Club at Arrowcreek controlling all sales aspects for both of the club’s courses. She’s highly experienced in creation and coordination of weddings and events as well as overseeing food and banquet services. Brunson is a 2013 graduate of California State University – Sacramento.

For details on booking the facility, tours or more information, visit PipersOperaHouse.com or call 775-847-0433. 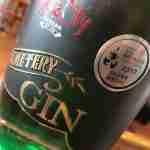 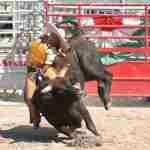 Mutton Bustin’, Bulls and a Fiesta del CharroOur Tales
Join our E-news
Sign up to receive the latest news,
event information and deals before anyone else!
JOIN
X